The Securities and Exchange Commission has charged Amrit J. S. Chahal with orchestrating an investment scheme over several years.

The SEC’s complaint alleges that, from at least February 2015, Amrit J. S. Chahal, of Fairfax, Va., used his company, Kane Capital Investment Group, LLC, to fraudulently solicit approximately $1.4 million from about 50 individuals, including friends and family members. According to the complaint, Chahal lured investors by falsely claiming to be an experienced and successful trader who could generate above-market returns for clients through a low-risk trading strategy. The SEC alleges that, in reality, Chahal had substantially no experience working in the financial or securities industry or trading securities on behalf of clients. The complaint further alleges Chahal initially invested client funds in a variety of investments, but suffered significant trading losses. According to the complaint, instead of disclosing the losses, Chahal lied to his clients about their investment returns, continued raising funds, then used the money for his personal benefit, including to pay for his luxury car, rent, travel, dining, and other living expenses, and to make Ponzi-like payments to earlier investors.

The SEC’s complaint, filed in federal court in Alexandria, Virginia on April 12, 2018, charges Chahal with violating Section 17(a) of the Securities Act of 1933, Section 10(b) of the Securities Exchange Act of 1934 and Rule 10b-5 thereunder, and Sections 206(1) and 206(2) of the Investment Advisers Act of 1940. The SEC seeks a permanent injunction, disgorgement, and penalties.

The SEC’s continuing investigation was conducted by Christine R. O’Neil and Brendan P. McGlynn in the Philadelphia Regional Office. The case is being supervised by Kelly L. Gibson. The SEC’s litigation will be led by Christopher R. Kelly and Sarah Hall and supervised by Jennifer C. Barry. The SEC appreciates the assistance of the U.S. Attorney’s Office for the Eastern District of Virginia, the Federal Bureau of Investigation, the Commodities Futures Trading Commission, and the Virginia State Corporation Commission. 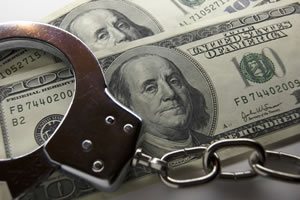